Rethink the Risk of Your Calling

I began my relationship with Jesus at 18 years old. Ironically, my first Pastor was 81 when I met him and he was unforgettable. He was an old time, traveling, tent Evangelist turned local Pastor. He still had a burning passion for reaching souls. Even at 81, when he got behind a pulpit, he delivered each message with enthusiasm and a possessed magnificent quiver to his voice. He still had a full, thick head of wavy platinum hair, always dressed to impress and was full of wisdom and experience. I asked him one day, “Pastor, how do I get more faith?” He responded, without hesitation, “take more risks!” I was expecting something a bit more spiritual, but he was right.

Prior to Israel entering the Promised Land, the first chapter of Joshua captures the iconic moment when God instructs the young leader, “be strong and courageous, because you will lead these people to inherit the land I swore to their ancestors to give them” (Joshua 1:6).

What strikes me is God’s instruction for Joshua to exhibit strength and courage. Why this strikes me is God’s tone. On the surface, one might think God would have been more celebratory. I would have expected something along the lines of, “well, after 400 years of captivity in Egypt and another 40 years of you guys wandering around this desert, you finally made it! Let’s have ourselves a promised land PARTYYY!” Of course, I would come to that conclusion, because I know the end of the story. However for Joshua, in real time, moving into the promised land wouldn’t have necessarily felt like a celebration. It would have felt like a risk! So risky in fact, the book of Numbers records that 10 of the 12 spies, after observing Cannan, were willing to pass up God’s promise completely because they deemed the risks too high. Before we throw the other 10 spies under the proverbial bus, real talk, they are more like you and I than we care to admit.  Unfortunately, many people today don’t experience all that God has for them because they determine circumstantial risk is greater than divine promise.

In 2015, God asked my wife and I to take a risk. That risk was to plant a church in Las Vegas. Vegas isn’t one of those cities where people roll out of bed Sunday mornings thinking, “hey, we need to get to church today” and if the city wasn’t a risk in and of itself, we didn’t actually live there. We lived in Houston, TX., working as staff Pastors at an incredible church. Long story longer, we have young children! How are they going to make it in a city like Las Vegas??? One day, In the midst of us counting our daily risk inventory, it became painfully clear that this church could never be a reality without action. We had to act in spite of the risks. To clarify, risks are the things we have identified that could potentially cause issues or even potentially cause our endeavor to fail. We knew the risks would be substantial, but via the Holy Spirit we turned to scripture,  “for we live by faith, not by sight.” ‭‭(2 Corinthians‬ ‭5:7‬).

The risks were there to tell us why we could fail, but God’s word was there to remind us He doesn’t! In February 2016, we successfully launched Anchor Hill Church in Las Vegas and the process taught us a few simple things connected to navigating the risks associated with a significant faith journey.

Our sinful, human nature doubts God first, then learns to trust Him later. As a result, we tend to focus on potential failures and likelihood that failure is always imminent. However, we discovered quickly the less we focused on limitations and the more we directed our attention to His unlimited power, the risk of failure felt less risky.

We assume the world will come off its axis if things go wrong and doom is inevitable. Yet we rarely say to ourselves, this was God’s idea! I’m a fairly intelligent individual! If things go sideways…we’ll figure it out. God promises power, wisdom, and council to navigate anything He has called us to.

Success doesn’t always mean immediate results. I believe true success is commitment to a process. Often times the greatest lessons of success are learned through failure and testing.

“Consider it pure joy, my brothers and sisters, whenever you face trials of many kinds, because you know that the testing of your faith produces perseverance” (James 1:2).

No one likes being tested, yet no one would ever buy a car that didn’t pass its safety test. Tests, trials, wins, victories are all a part of the process to being people who have great faith. Perseverance is a true key to success.

I encourage you to rethink the risk associated with your purpose and calling, because if you’ve prayed, done your due diligence, sought wisdom and wise counsel, risk isn’t that risky.

“Now faith is confidence in what we hope for and assurance about what we do not see” (Hebrews 11:1). 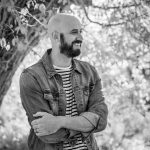