Faith Is Our Freedom

There is freedom found in a life of faith. Although we experienced tragedy in our personal life with our son, Gavin, we still recognize that there is freedom found in Christ through a life of faith. Faith is a lifestyle that brings substance to our lives as we follow Christ. We see this freedom in faith demonstrated in the working of miracles that Jesus did in his earthly ministry. Every time Jesus engaged in a situation with people not only did he provide for them but he also demonstrated freedom. In most scriptures found in the Gospels we see Jesus in his earthly ministry preaching, teaching and doing miracles. At every junction of His ministry there was a freedom that not only engaged people where they were but it remained in their life far after Jesus left that given area. When we look at the cross and resurrection it allows us to go deeper into a place of understanding that there is freedom found in a relationship with Jesus.

I want to point you to Mark 5:21-40. It is in this passage of scripture we see two major miracles, in two lives that released freedom. In the latter part of the chapter we see Jairus daughter healed and raised to life. However, I want us to see freedom in a way that is birthed from a place of faith. I want to encourage you to read these verses on your own but I do want to highlight a couple of them for you here.

27)  She had heard about Jesus, so she came up behind him through the crowd and touched his robe.

28) For she thought to herself, “If I can just touch his robe, I will be healed.”

34) And he said to her, “Daughter, your faith has made you well. Go in peace. Your suffering is over.”

Verses 27 and 28 spoke of steps of action, reflecting the faith in God that was within her. “She came behind him and touched His robe.” These were two actionable steps. In verse 34, Jesus declares, “Daughter your faith has made you well. Go in peace. Your suffering is over.” She was completely healed. She believed, put action to her belief, and was healed. Faith is not a formula but faith in God does require action and patience.

In your own life, you may have needs that you are trusting God for. I want to encourage you to put action to your belief and do something that will bridge the natural and supernatural together. This is where freedom can be released in your life!

You will never truly experience freedom until you understand where faith comes from (Romans 10:17) but also how faith is released. Faith is released through action. There is no formula to follow as faith grows in our hearts which then allows us to take steps of action and through action we see freedom! The woman who was sick for 12 years spent everything she had to do something. She left her home to find Jesus. She took action. She reached out and touched his garment. Faith is born in our hearts but released through action. Faith without action is useless.

Now someone may argue, “Some people have faith; others have good deeds.” But I say, “How can you show me your faith if you don’t have good deeds? I will show you my faith by my good deeds.” You say you have faith, for you believe that there is one God. Good for you! Even the demons believe this, and they tremble in terror. How foolish! Can’t you see that faith without good deeds is useless?” James 2:18-20 NLT

When he refers to deeds, James is referring to action. James says I will show you my faith by my actions.

What is God asking you to do?  Let me encourage you to put action to your faith today. 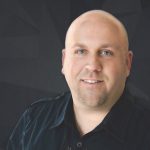 Founder and Lead Minister at Faith Builders International of Orlando

Jamey Santo is the founding and lead minister of Faith Builders International of Orlando.  Jamey travels and serves as a speaker to local Churches of all sizes, Pastors, Lead Teams, Volunteer Teams, Conferences, and Executive Teams as an invited guest at weekend services, conferences, and team meetings.  Jamey released his new book he authored entitled “Still In The Storm” , facing life disappointments with fresh faith in the summer of 2016. Jamey is very passionate about seeing the biblical truths of God be communicated with revelation that it impacts hearts of every generation.