How to Promote Tithing Creatively

I am twelve years old. My mom is sitting to my right and there’s a stranger to my left that has a beard you’d typically find on Santa Clause. He smells of aftershave and we fight over the armrest that our seats share. The auditorium goes dark to hide the worship leaders as they shuffle off the stage. The hiss of the fog machine is hushed as someone backstage flips a switch to turn it off. When the house lights are raised, the carpet of smoke has already begun to dissipate. The rotating lights of reds and blues that previously swirled around the congregation are now a solid,soft white as a pastor announces it is now time to transition from worship to tithes and offerings.

This is all new to me. I grew up attending a picturesque and stereotypical traditional Methodist church. A small white church on Cherry Road in small town Virginia with a small white steeple that graciously swayed with each and every gust of wind. The church’s twenty members, all over the age of 65, most controversial annual meeting was to determine if the steeple should remain or be taken down, claiming it’s erratic movements as “a threat to the building’s foundation during storms.”

A congregation made up of little old ladies with silver perms accompanied by grumpy old men who wore suits year round. Well nearly year round- the only exception being the ability to shed the suit jacket during July and August. My great-grandma once explained this pneumonia to me as an “unspoken rule” only in effect during the hottest months of the year. For without it, unbearable conditions would be produced.

The most eventful time of service was Children’s Time, right after Joys and Concerns but just before the offertory. The pastor’s wife would direct the children to join her on stage, where she always had a picnic basket. We would watch and wait in suspense as she pulled objects from the cherry stained wood that related to her message, usually pertaining to the disciples.

My mom and I moved to Georgia about a month ago and since our move we started attending a more progressive church. There are guitars and drums in the band now. The “choir” does not wear robes and the pastor wears khakis without a jacket. I like it.

Today is different from the different. Instead of one pastor walking onto stage to pray before the offering, there are three. The lights dim as one pastor swivels his ball cap on backwards. When they come up again, everyone is rapping. One of them says, “When I say hundred, you say…” the other two follow with “ten.” Each pastor tackles a verse before the chorus is repeated, now with audience participation. By the end of the performance, the congregation is answering all kinds of mathematical equations with the formula of y= mx + tithe 10% of your income.

To this day, I still remember this rap. All of my paychecks from teaching swim lessons, tips waitressing, and now from my big girl job are subjected to this little rap. It’s stuck with me so much that each time money enters my hand, I hear the song in my head. It’s been 11 years since my mom and I first heard it and we still talk about it.

I share this story for those of you who don’t think creative tithing promotions work. For those of you who are worried they are too different. For those of you who don’t think this will work for donors of all ages. Yes it is different but I promise you it will stick. It stuck for me, a twelve year old highly impressionable girl. It stuck for my mom, a middle aged woman who was used to the traditional way. It stuck with everyone sitting in that auditorium as we clapped our hands and sang along. The Lord has convicted me with these song lyrics. Over the years, my church has demonstrated many creative tithing campaigns. I’ve experienced song parodies, music videos, more bad attempts at rapping, and even a series of dramatic skits, whatever the creative form it is truly something that I not only look forward to but also helps my faith grow. 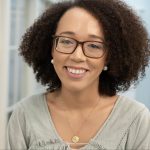 Mikia is a Client Care Representative at SecureGive. She graduated from Sweet Briar College '19 with a degree in English and Creative Writing. In her spare time, she enjoys playing classical piano, quilting, and spending time with her two Cocker Spaniels, Cody Jo and Millie Kay.